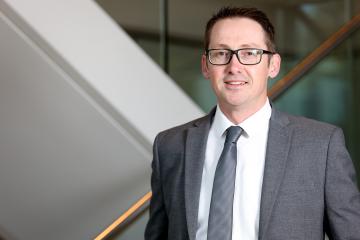 When we embarked on our biggest public consultation ever undertaken earlier this year to inform the Shaping Our Electricity Future roadmap, it’s because we knew it would be one of the most important documents we ever produce. In particular, it will be a key pillar in the delivery of Northern Ireland’s new energy strategy, which will be published before the end of the year.

We wanted to make sure everyone had the opportunity to feed into the final roadmap and have their say on Northern Ireland’s clean electricity future. Over a fourteen-week consultation period we engaged with government, the Utility Regulator, the public, civil society, industry, business, the farming community and young people.

When launching the consultation, we set out four potential approaches for the future network development to take us to 2030 and beyond. These included the following:

The outcome of the consultation has led to us adopting a blended approach, underpinned by Developer-Led – which is the current approach. We see this as the most feasible way to get to at least 70% renewable electricity by 2030. We will of course, respond accordingly should Government policy move towards generation, technology or demand led approaches.

We had anticipated that taking a purely Developer-Led approach would result in the need for up to 19 projects. We had considered this number of projects particularly challenging given the timescale.  Going forward while we will lean towards the Developer-Led approach, by listening to the feedback received and combining the strengths of all potential approaches we have been able to reduce the number of projects required to 12. As a result, the estimated investment required has also been reduced by more than £200 million.

At the outset of this project, we made the commitment to minimise the need for new grid infrastructure while also transforming the transmission grid to help deliver Northern Ireland’s renewable energy ambitions. Of the 12 projects included in our final roadmap only 3 are significant new grid infrastructure schemes. These are necessary to help us shift those large amounts of renewable energy produced in the north and west across to the east where demand is highest. We are also proposing nine upgrades to existing transmission lines.

None of the major projects included in the roadmap will move forward without early and meaningful consultation with local communities and other stakeholders. ‘Have your say’ was the foundation of the consultation process for Shaping Our Electricity Future and that will continue throughout its delivery.

We’re so thankful to everyone who played a role in shaping our approach; but for us it is now time for action. We’ve seen recently with the extensive coverage of COP26 that the global impacts of climate change are becoming worse every day, so there is no time to waste. Our engineers are already working on the delivery of the roadmap to do our utmost to ensure Northern Ireland’s grid gets to where it needs to be by 2030 and for SONI this will be driven by continued engagement.

We have already hit the ground running since the roadmap was published and we look forward to engaging with stakeholders across Northern Ireland in the coming weeks to discuss our approach. Again, my thanks to all of you for your interest in Northern Ireland’s clean energy future.